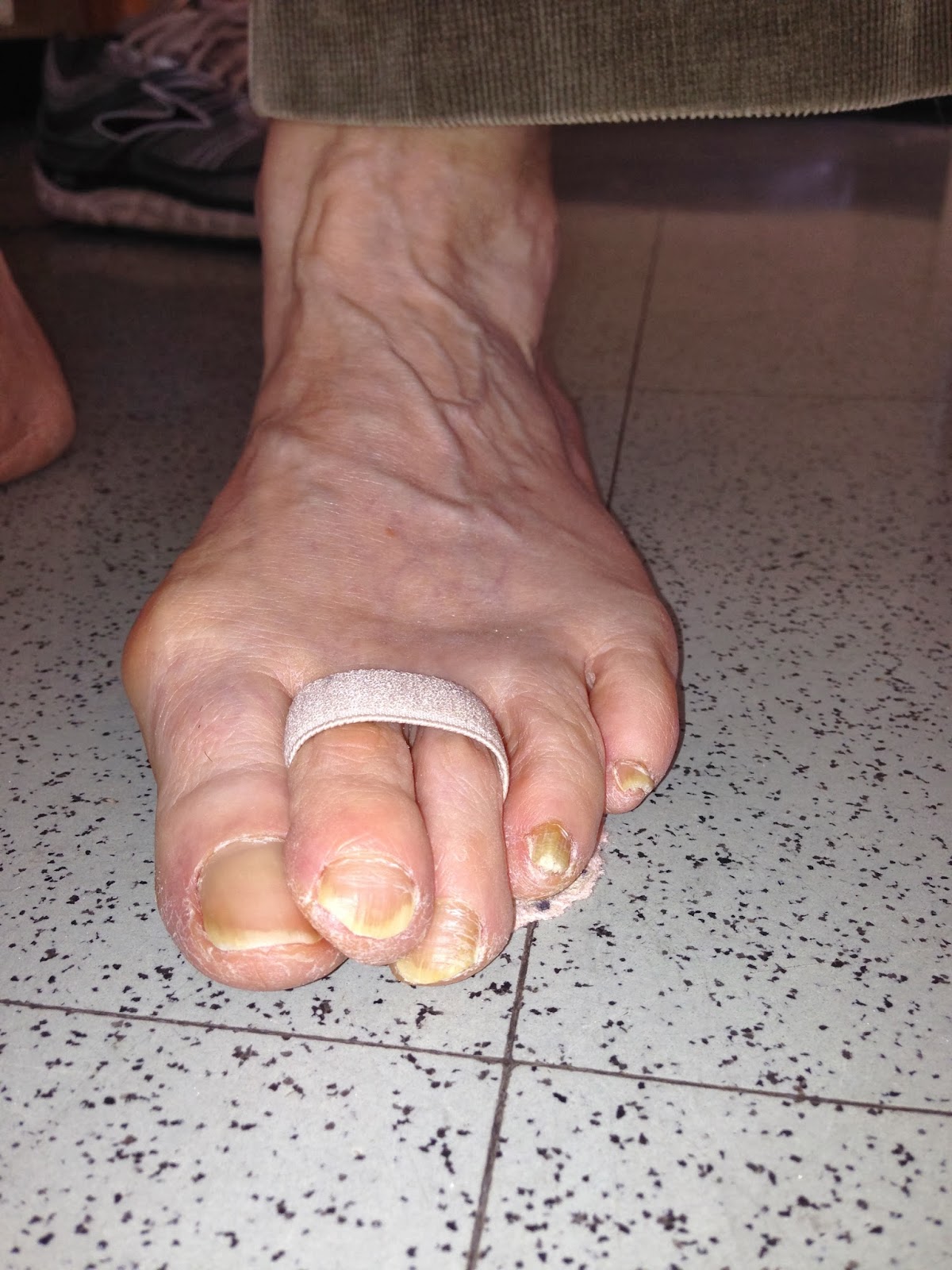 Occupational hazards. Individuals whose jobs place undue stress on their forefeet (with or without wearing improper footwear) are among those who complain of neuromas. Podiatric physicians report that individuals who work on ladders, or who perform activities on their knees (such as doing landscaping, carpeting, flooring, or other work on the ground) are at risk for this problem, too, since these activities cause stress to the nerve near the ball of the foot. Those who engage in high-impact activities that bring repetitive trauma to the foot (running, aerobics, etc.) have a better than average chance of developing a neuroma at the site of a previous injury. To put it more simply, if you have sustained a previous injury to your foot (a sprain, stress fracture, etc.), that area of your foot will be more prone to neuroma development than an area that has not been injured. However, sports injuries aren?t automatically a ticket to neuromas. Trauma caused by other forms of injury to the foot (dropping heavy objects, for example) can also cause a neuroma to develop at the site of the previous injury. Much though we hate to say it, sometimes neuromas just develop and nobody knows why. The patient doesn?t have a previous injury, is wearing properly fitted shoes, and doesn?t stress his/her feet with any specific activity but the neuroma develops anyway. It is important to remember that some of the factors listed above can work alone, or in combination with each other, to contribute to the formation of neuroma.

Symptoms of interdigital neuroma typically manifest as a sharp, burning or tingling sensation in the forefoot. The pain radiates toward the lesser toes and is aggravated by shoe wear. The pain is relieved when the shoe is removed and the forefoot is massaged. Sometimes the symptoms involve specific toes.

To diagnose Morton's neuroma the podiatrist commonly palpates the area to elicit pain, squeezing the toes from the side. Next he or she may try to feel the neuroma by pressing a thumb into the third interspace. The podiatrist then tries to elicit Mulder's sign, by palpating the affected interspace with one hand and squeezing the entire foot at the same time with the other hand. In many cases of Morton's neuroma, this causes an audible click, known as Mulder's sign. An x-ray should be taken to ensure that there is not a fracture. X-rays also can be used to examine the joints and bone density, ruling out arthritis (particularly rheumatoid arthritis and osteoarthritis).

If you have Morton's neuroma, shoes with a wider toe area may be recommended. You can also take painkillers to help ease the pain. Steroid injections may also be given to treat the affected nerve. If these treatments don't work, surgery may be needed. This involves removing the thickened tissue around the nerve (and sometimes the nerve itself) to release the pressure. For severe or persistent pain, you may need surgery to remove the neuroma. Once the nerve is gone, you permanently lose feeling in the affected area. One alternative to surgery is to undergo neurolysis injections. These use chemical agents to block pain signals. Another alternative is to take a prescription pain reliever that alleviates nerve pain.
« True And Apparent Leg Length Discrepancy Are Shoe Lifts The Best Solution To Leg… »
Profile

Login to quote this blog

You cannot quote because this article is private.